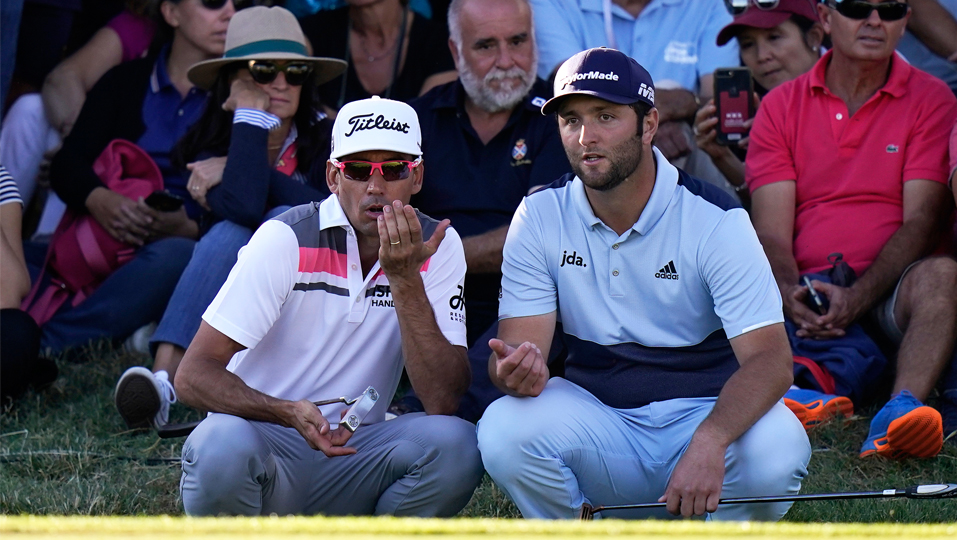 The Open de España on TV

There’s something that always makes me smile when I’m travelling; seeing that they are showing golf on TV. In the foyer of a hotel, in a bar… I even sometimes immortalise that moment of childish pleasure by taking photos that end up lost somewhere in my mobile’s memory. The fact is, in these times of omnipresent technological modernity, I can still delight in watching a live putt that is happening thousands of kilometres away.

And in order for this magic to happen, there is plenty going on behind the cameras. Let’s use the 2018 Open de España as an example. The images of the hordes of fans celebrating Jon Rahm’s victory were seen in 150 countries, with a potential audience of 500 million homes. For this, the tour’s television department, European Tour Productions, used 10 broadcasting trucks and over 50 staff. Once the tournament was over, three of them stayed until Tuesday to pick up the 30 kilometres of cable laid all over the Centro Nacional.

These figures become even more dizzying at an event like the Ryder Cup, where they use as many as 140 television cameras and 80 microphones for the course so that the fans at home can appreciate all the finer details.

Watching golf in person is incredible. It allows you to experience the transition from dead silence to the explosion of noise caused by a ball falling into the hole. However, golf is unusual from the point of view of the spectator. In most sports, going to the venue provides you with a perfect view of the action. In our favourite pastime, that is impossible. Which is where television comes in.

Are you unsure whether to visit the Club de Campo or watch the Open de España on TV this weekend? There is no debate. The opportunities to see Jon, Sergio, Rafa and company at arms’ length are few and far between, especially the way they are playing this week! Go to the course! But if you can’t, Movistar Golf has a solution for you. As you would expect, Movistar+ channel 59, we are showing special coverage of the event, with 20 hours of live television (Saturday and Sunday from 13:30 to 18:00).

The start pistol on the final day will be provided at 13:00 by our colleague Javier Pinedo with his traditional “hello and welcome”. By his side, of course, will be professional Nacho Gervás.

As we did with the 2018 Open de España, at the end of each day we get the chance to hear the real stars of the tournament speak: the players. For half an hour, we analyse what has occurred on the Javier Arana layout, paying particular attention to the Spaniards and the day’s highlights, of which there have been many at this tournament.

Although we are separated by a television screen, I really hope we are managing to share with you all of our excitement and passion for this tournament.

The ‘Armada’ makes a move on the Open de España

The greatest Opens de España of all

Sergio García stays in touch on day one