The second day of the Open de España was something of a roller-coaster ride for Jon Rahm who, finished in a very promising position for the weekend, but is not very happy with the way he is playing. The round did not get off to a good start for the man from Barrika when he suffered a double-bogey on the 2nd hole before he had a chance to get into his round.

From there, despite still not feeling comfortable, he picked up three birdies in the next four holes, but it was not until the 13th that he finally found his swing again.

He spent the whole round chasing his two playing partners, Arnaus and Cabrera, and eventually gained ground on them to reach the weekend with a very good chance of being in the fight for the title at just two shots back.

Four birdies and a bogey for the defending champion in his last six holes left him feeling good about his game, although he still demands a lot from himself and he knows that tomorrow he will need to up his game if he wants to mount an assault on the leaders. As he told us after his round: 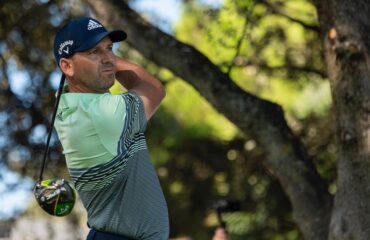