Jon Rahm, in search of three in a row

Jon Rahm, the current world number one, has confirmed his participation in the ACCIONA Open de España presented by Madrid, which takes place at the Club de Campo Villa de Madrid from 7 to 10 October.

The Basque player, who draws the crowds at every tournament he plays in around the world, has a special relationship with this important competition, which now presents him with an added personal challenge; to make it three consecutive titles at what will be his third Open de España appearance.

Champion at the Centro Nacional de Golf in 2018 and the best a year later at the nearby Club de Campo Villa de Madrid, Jon Rahm comes to the famous Madrid course, designed by Javier Arana, intent on uniting past and present, as he aspires to equal the record set by Ángel de la Torre in 1916, 1917 and 1919 –there was no tournament in 1918–, at a time when golf was radically different to the game we know today.

Later, in the four-year period from 1946 to 1949, Marcelino Morcillo repeatedly inscribed his name on the Open de España roll of honour, although the lowest score in 1947 was produced by amateur player Mario González, ahead of the professional Morcillo.

The Basque player will also be eyeing other records that only the best players can dream of, one of them he set himself in the 2019 tournament, when he equalled the lowest score at an Open de España with 22 under par, first set in 2003 by Kenneth Ferrie, who would go on to beat Peter Hedblom and Peter Lawrie to the title in a playoff.

Jon Rahm’s presence is a huge attraction at this European Tour event, where he will head a large group of Spaniards also participating in the tournament who will hoping to consolidate the solid performances they regularly produce as great proponents of their various professional tours.

Winner of eleven NCAA tournaments between 2012 and 2016, when he continued his sports education at Arizona State University, he was named University Player of the Year in 2015 -while he was the number one in the World and European Ranking- and 2016, making him the first player in history to receive the honour in two consecutive years.

Currently the world number one thanks to his frequent success, Rahm has enjoyed a meteoric rise since turning professional in July 2016.

He burst onto the scene with some stunning performances, making the most of his first invitations to play on the US and European Tours, the Spaniard quickly secured both cards by racking up results at a practically unprecedented rate, winning his first tournament in 2017 at the Farmers Insurance Open on the PGA Tour, the year in which he also won the Irish Open and the DP World Tour Championship on the European Tour.

Subsequently, in 2018, Jon Rahm won again on both sides of the Atlantic, coming out on top at the PGA Tour’s CareerBuilder Challenge and the Hero World Challenge and at the aforementioned Open de España on the European Tour, as well as contributing to victory at the Ryder Cup.

2019 would bring another four wins –the Zurich Classic on the PGA Tour, the European Tour’s Irish and Spanish Opens and the DP World Tour Championship – and two more came in 2020 during the pandemic –The Memorial Tournament and the BMW Championship, both in the USA–, all of this without mentioning the major icing on his cake, the US Open title he claimed on 21 June this year, becoming the first Spaniard to win the event.

Unarguable quality and golfing talent, extraordinary charisma and a natural gift for communication are part of this player’s DNA, and they all make him one of Spanish sport’s biggest stars. 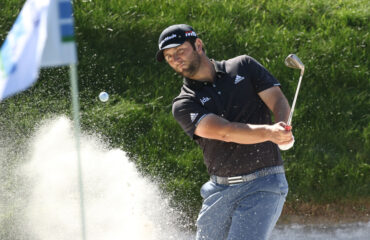 The Spanish Armada, more invincible than ever

Rafa Cabrera breaks away from the pack in Madrid 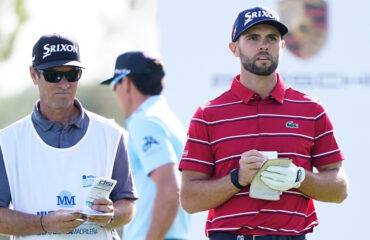