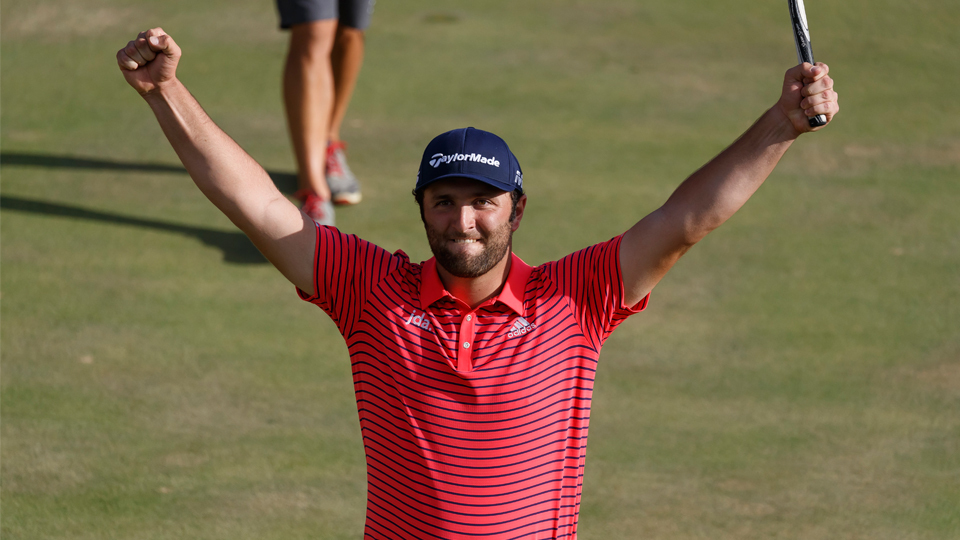 Jon Rahm is a player who knows how to win in style, as he has just proven at by claiming the Open de España for the second year on the trot by five shots over the runner-up, Rafael Cabrera-Bello, and with a final score of 22 under par.

All of the aforementioned feats are achievements that are within the grasp of only a few players with the genius, ingenuity and natural talent of Jon Rahm, who has now won three titles this year and the tenth of his burgeoning professional career –including a Ryder Cup-, which started in July 2016.

His sensational performance at the Club de Campo Villa de Madrid had journalists digging through the archives as they attempt to define the magnitude of his achievement; he is certainly a very special player, how special we do not yet know. Without a doubt, with his seemingly limitless talent has the potential to give him a very exciting future indeed.

Once again, Jon Rahm has made one of his dreams come true, to win the Open de España twice, and he did so consecutively, as Max Faulkner did in 1952 and 1953, the last time anyone successfully defended, evidence of the difficulty of coming out on top at this tournament. The next challenge for him here will be to become the only player since 1972 (creation of the European Tour) to win a national open three times in a row and thus overtake players such as Tiger Woods (Open Championship) and Seve Ballesteros (Open de France).

The Basque player, with his -22, has also equalled the lowest ever winning total at an Open de España, belonging to Kenneth Ferrie in 2003, who then won a playoff against Peter Hedblom and Peter Lawrie. The only footnote is that Rahm himself would have liked to beat his personal best score of -24, and he may regret not knowing that -22 was a record for the Open de España, but perhaps he will have another chance to beat it at some point in the future.

The win means that the player from Barrika now leads the Race to Dubai, whose final will be his next tournament before a six-week break. And, if Patrick Cantlay fails to win on the PGA Tour tonight, Rahm will climb to fourth position in the world ranking.

With a five-shot margin at the start of the day over Rafael Cabrera-Bello and Samuel del Val, his playing partners in the final group, it would have been understandable if Jon Rahm had played defensively, but in fact he did quite the opposite. He put his all into every shot and the thousands of dedicated fans following him were rewarded with plenty of magical golf to celebrate.

The eagle on the 16th on day three that gave him wings just 24 hours earlier was followed by another on the 4th, where he would produce the first of many roars from the fans.

Just a few minutes later, he made another move, this time with a birdie on the 5th that further extended an already unsurmountable lead that just kept growing, despite the best efforts of Rafael Cabrera-Bello and Samuel del Val, whose excellent golf throughout the tournament, particularly in the final round, with a special mention for the Canary Islander’s home stretch, five birdies in the last six holes, were rewarded with second and third place, respectively, to complete an all-Spanish podium.

And as if that weren’t enough, the fiesta also enjoyed a worthy contribution from Adri Arnaus, who finished fourth; Sergio García, seventh, and many others who have once again made Spanish golf the envy of the European Tour.

A foregone conclusion many holes before the end, the tournament became something of an exhibition, albeit a thrilling one in which, above all, golf was the winner and a spectacle for the masses, those thousands of fans who will now have circled 15 to 18 October 2020 in red on their calendars, when the Open de España will again be held at the Club de Campo Villa de Madrid.

Sergio García stays in touch on day one

The beast has awoken, Rahm shows his teeth Madrid